Every now and then this ole Hound Dog is thrown for a loop at the week’s assigned topic.  Favorite recipes?  I don’t cook!  I can barely boil an egg.  I only prepare dishes which have a maximum of two steps:  (1) open container … and (2) nuke what’s inside it.
So I was whining a bit to my spouse about not knowing what to write about.  She began rattling off an entire treatise on chili.  “You could say this, and you could say that.”  But she was speaking in fully formed paragraphs.
Naturally, I responded:  “Well, YOU write it.”
So she did.
Without further ado, here’s my wife (for two-thirds of my life), Denise Williams Salter … my Guest Fox for October.

Autumn.  Less humidity.  Shorter days.  Longer nights.  Cool mornings.  Cool enough that you don’t mind heating up the kitchen to cook gumbo, vegetable beef soup, or chili. The lip smackin’, tummy warmin’, can’t hardly wait ‘til Fall food.
Gumbo and vegetable beef soup – YUM – ‘nuf said.  But, Chili.  I got some words that have to get out! 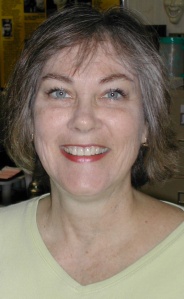 Growing up in Louisiana, I learned to eat Chili the way it’s intended to be made.  Beans, beef, onion, and enough chili powder to make your eyes water and your voice hoarse!  Simple, straight-forward Chili.  The beans can be any combination of red, pinto, black, kidney or any other dark colored beans.  Pale navy beans are not allowed!  Ground beef, leftover brisket, and minced steak are all acceptable meat for real Chili.  Even sausage tastes better simmered in the Chili.  [Keep the turkey for Thanksgiving!]  Onion sautéed in bacon grease with some bell pepper tossed in (do not tell Jeff) sets the stage for the remaining ingredient.  Chili Pepper!  The amount of chili pepper separates the La-Tex Chili apart from chili made anywhere else in the nation!  Chili just is not Chili without it!
(One time, at the request of a cousin raised inNorth Kentucky, I cut back on the correct amount of chili pepper powder in my recipe.  The result tasted like beans and ground beef swimming in ketchup.  Bleeeechhhh!)
Once you get your bowl of Chili, add cheese and crackers to bring the consistency of the liquid to a paste.  This is not soup!  It’s Chili!  You should be able to eat it with a fork!
I have been told that Cincinnatimakes a fine chili, however I would not call it chili.  The Cincinnati folks pour their chili over spaghetti.  Then, they sprinkle onions, cheese, and crackers over the top.  This is not Chili.  This is a spaghetti sauce without the onions cooked in it.  Cincinnati-style chili substitute tastes okay … UNLESS you’re expecting it to taste like authentic Chili. The ersatz ‘chili’ does have a tomato base, but what is that other taste in it?  Some say nutmeg.  Others say chocolate.  Still, this is not Chili.
And, while I am on the subject of spaghetti, real Chili does not have spaghetti or alphabet noodles cooked in it!
Cool evenings plead for authentic, hot and spicy La-Tex Chili!

Question
Well now that my wife has issued this formal proclamation, tell us what YOU put in the chili you make?  And how HOT do you make it?