This week’s theme is…(drumroll)…Um, well, there is no theme.  It’s another hodgepodge of rants and raves and nonsense-ical babbling.  (I’ll take Aimless Rambling for $1000, Alex.)  Since it’s the beginning of December, I suppose I could go on about all the stuff I have to do before Christmas, but that would just sound too blahbitty-blahbitty-blah-blah-blah. 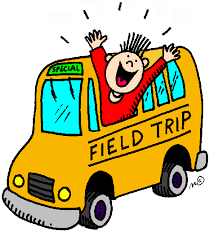 I just love a good field trip.  Always have, always will.  Doesn’t matter if I’m a student, teacher, or parent chaperone, there is something special about field trips.  But after this weekend, I have a confession.  This past weekend, I helped chaperone my 12 year old daughter’s field trip to the South’s BEST Robotics Championship.  She was part of the pep band/spirit team.  I rode a charter bus with roughly 40 middle-schoolers up to Auburn, AL which is about 3-4 hours away.  (Bus hours vary greatly from private vehicle time.  I suppose it’s like “dog years” in a way.)  We met at the school at 6:30 AM Friday morning and didn’t get back until 11:00 PM Saturday night.  And these kids stocked up on their travel goodies.  Namely candy. 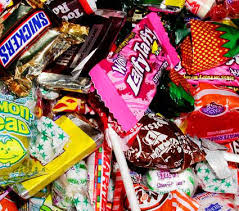 There were 50 schools total at this competition.  Now just imagine how many kids that is.  I have a severe case of bleacher butt from spending two days in a gym.  Excuse me, the Auburn Arena.  Colleges don’t call them “gyms.”  They’re “colliseums” or “arenas”.  I’d bet my bookshelf some of you are cringing at this torture I signed myself up for.  Wait.  It gets better.  As I type this, you should know my voice is gone and I’m out of Tylenol.  Plus, I had no idea what a robotics competition was about.  At the local competition, I had merely dropped my daughter off and picked her up at the appropriate time.  But I wanted to chaperone because I wanted to show my kid that if it was important to her, then it was important to me.  Plus the YA writer in me was just drooling at the opportunity of immersing myself into the teenage habitat.

The short version of the robotics competition is this.  There’s one kid operating a remote-controlled robot and another kid directing the other on what to do when the robot gets out of the view of his driver.  Think one kid playing a video game and his buddy is shouting to “Get that guy!”  And they are playing 3 other pairs.  Plus, they have referees for this.  I’m not sure what for as I wasn’t totally clear on the rules, but I suppose it’s to keep from having any robot smackdowns.  I never saw any yellow hankies come flying out like in football.  I suppose the way I’ve described this that it all sounds quite boring.  I realized I’d seen this on TV before, and well, it did look pretty boring on there.

The better description of this event would be to think video game addicts meets science fair meets pep rally.

There were awards for best T-shirt design, most spirted (pep rally part), most aesthetically pleasing robots, best booth (the science fair part), and quite a few more including the actual robot competition.  My daughter’s school only won one award, but they got the first place in the video category.  Pretty awesome for a bunch of middle schoolers going up against high schools and private schools.

But my kid was there as part of the spirit team.  Pep bands and cheerleaders.  Cheering on the “nerd” set.  (And I say nerd with love as these kids proudly refer to themselves that way.  Plus I was one too.)  While I did my fair share of “We’ve got spirit.  Yes we do.  We’ve got spirit.  How ’bout you?”, the cheer that our kids did has firmly implanted itself in my brain where it’s going to take at least a month’s worth of annoying Christmas music to replace it.  It’s one of those echo cheers.  You know where a few are the callers, and everyone else echoes it back?  Since I’ve got it stuck in my head, it only seems fair to share it with you all.  Ladies and gentlemen, I give you “Mmm…Burrito!”

Oh, there were quite a few other cheers as well, but this one was special.  It’s not everyday that I feel a need for a Taco Bell run while I’m still in my pajamas.  Oh, and the organizers of the event played music in between rounds.  I did my fair share of the Cupid Shuffle, Cotton Eyed Joe, Macarena and all those other line dances.  Mercifully they spared me the Electric Slide.  I HATE the Electric Slide.  Just sayin’.  And like most sporting events, we got the wave going.

I could sit here and try to tell you how much agonizing it was to be surrounded by so many kids jacked up on Mountain Dew and Pixie Stix (or some other equally potent combination of caffeine and sugar) with the spastic energy of a squirrel, but you know what?  I LOVED every second of it.  I loved watching my daughter have fun.  I loved seeing her get excited about things like math and science (the ulterior motive of the BEST Robotics organizers), and marching band.  (I’m a die-hard Miami Hurricane fan, but I have to give props to the Auburn University Marching Band for their promo recruitment video.  It was awesome.  If I’d been a high school kid, I’d be filling out my AU application before we ever left the campus.)  And I loved seeing that her school had so many dedicated teachers (who don’t get paid extra for sponsoring the robotics club) willing to give of their time to their students.

I’ve already been asked if I’ll be willing to chaperone a band trip in the spring.  The question was asked somewhat early in the trip and I said, “Of course.”  If I’d been asked at the end of the trip, my answer would be slightly different.  Even with a bunch of hyper kids bumping my seat on the drive back, I’d answer, “Yes, and how soon can we go?”  before the question could be asked.