How did it get to be March already?  It seems like just yesterday I was trying to figure out what to put in my annual Christmas holiday letter… Oh… Wait.  I still haven’t written it.  I really was mulling over it.  (I’m notorious for sending it out late.  I think there’s a secret poll taking bets which holiday it actually arrives closest to.)  I suppose I could not do it at all and say I’m going green by not wasting paper, but where’s the fun in that? 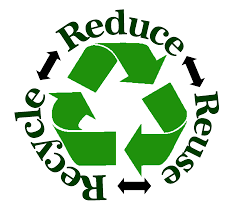 I’m not a total tree hugger.  By that I mean, I don’t drive up to your house in a Prius, then  analyze your garbage and upon discovering that you threw in a #2 plastic instead of putting it in the recycle bin (which your kids have turned into their personal pretend race car) proceed to give you a full length lecture on the perils of not recycling.  First, I don’t go poking my nose in my friends’ garbage.  Ewww!  Second, my eyesight’s so bad I probably couldn’t tell if that tiny embossed symbol on the bottom of the plastic container is a #2 or a #7.  And third, no Toyota Prius for me.  I’m a Honda girl.

But I do try to recycle.  I like to work on hard copies of my manuscripts which means I go through a lot of paper, but I reuse the back side of it for scrap paper when helping my kids with projects and various other copy needs.  And when both sides are used up, into the recycle bin.  Soda cans, milk jugs, cereal boxes…all of it.  It’s been 15 years since I lived in North Carolina, but they had the best program to encourage recycling.  We had to buy stickers to place on individual garbage bags, but recycling was free.  But don’t even try to stick regular trash in your recycle bin.  You’ll get a nasty letter and a super scrutinized recycling bin.  It’s like Dean Wormer is in charge of recycling and you’ve got the Delta House bin.  You’re on double secret probabation.  Not that I would know anything about renegade attempts to recycle the unrecyclable.

Sometimes I wonder if my attempts make a difference.  The more things go paperless, the more cluttered my life seems to become, but still, I try.  I hoard shoe boxes, certain that one of my kids will need them for a school project.    Christmas gift bags take up significant space in my closet even though my husband insists on wrapping presents because to cheat and use the gift bags is “lazy”.  (Um, yeah, but that’s why I keep them on hand because I am lazy.)  And when it comes to cars, I was brought up in a house where that was the ultimate recycling.  We always got used cars and drove them until the wheels fell off (my black Starfire) or the car was being held together with duct tape (my mother’s LeBaron).  And while we did get a new Honda Odyssey in 2008, we “recycled” our old one by giving it to my mom whose previous car had caught fire and the odometer was shot.  And yes, even after fires, falling off wheels, and duct tape, somehow my dad always got them “functioning” enough to get a person from Point A to Point B.  Who needs a Prius when you’ve got that kind of a recycling program going on? 😉

So welcome to March and our month of green-themed blogs.  Tell us what you do to reduce-reuse-recycle?