No, I’m not recycling posts from last month.  It’s a game which I played last week over at Arabella Stokes’s blog, Hot Times in the Haute Ton, which incidentally she got from our lovely Jillian Chantal.  Jillian rocked the letter I, Arabella cracked me up with C, so I’m here to tell you about my ten favorite things beginning with the letter G.  And I’ve been told I can’t use all my family members…only one.  While I wonder which Gibson I should use, I’ll get started on the rest of my favorite G’s. 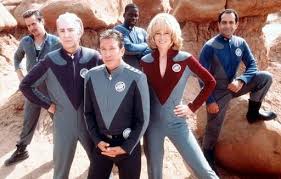 Galaxy Quest – This is one of my guilty pleasure movies.  The kind you catch on a weekend afternoon and once you start watching it, you can’t stop.  I love it’s campiness and how it totally pokes fun at the Star Trek conventions and fans.  With a cast like Tim Allen, Sigourney Weaver, and Alan Rickman, heading up the ensemble cast, how can you not love it?  “By Grabthar’s hammer… by the Sons of Warvan… you shall be… avenged!” 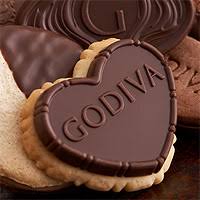 Godiva chocolate – Preferably dark chocolate covered caramels or one of those amazing truffles.  I’m so sad we don’t have a Godiva boutique here.  When I lived in San Antonio, there was one in the nearby shopping center.  If you belong to their rewards program, you could get a free piece of chocolate once a month.  And have you ever had Godiva liqueur?  So good in an evening coffee drink or mixed with vodka for a chocolate martini.

Guacamole – Look, you don’t spend three years living in San Antonio and not taste some fantastic guacamole.  One of my favorite restaurants, La Fogata, would make it for you tableside.  While some store-bought guac is okay, I prefer making it fresh.  And since avocados are considered fruits, what’s not to love?

Gold – This is kind of like chocolate.  Who doesn’t love gold?  I have a pair of earrings sitting right in front of me as I type this which are tangerine and gold.  My parents celebrated their golden anniversary last summer.  In the olympics, the athletes all want to “Go for the Gold”.  GOLD…’nuff said.

Green – Another favorite color.  As in the color of trees.  The color of money….which sadly, doesn’t grow on trees.  It’s also one of my alma mater’s colors along with orange (which has a ‘g’ in it).  My children all know to color the right side of the U in green without me hovering over them.

Gone With the Wind – namely Clark Gable – one of the original bad boys as Rhett Butler.  Seriously, how on earth could Scarlett want Ashley Wilkes over Rhett? 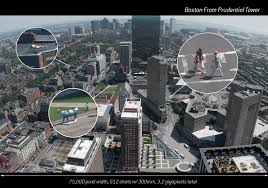 GigaPan – GigaPans are gigapixel panoramas, digital images with billions of pixels.  I admit I don’t have much experience with this, but I have a college friend who is KNOWN big time for this.  Obama’s inaugural address?  My friend David Bergman did that.  (Note he also has a ‘g’ in his name.  He’s also the tour photographer for Bon Jovi.)  David also did my headshots when I was in the Miss University of Miami pageant.  So yes, I have been photographed by the same guy who’s done Barack Obama, Jon Bon Jovi, had his share of Sports Illustrated covers and who knows what else.  Now if only I could find those photos.

Last but not least, Gibson.  In 1993 I became Mrs. MEL(issa) GIBSON.  This was the time of pre-crazy Mel Gibson.  Lethal Weapon-hot Mel.  But most people know me by Micki which was pretty convenient when Mel’s PR stock plummeted.  Besides, I got the good Gibson.  Those three other adorable, but messy Gibsons running around my house, eating my food, and leaving dirty laundry everywhere wouldn’t be here if it weren’t for my hubby which is why he is my favorite Gibson.

8 Responses to The Alphabet Game…G Whiz!