Two Big Days in One and Then My Big Day

So, yesterday was Martin Luther King, Jr. Day as well as Inauguration Day for our president. I liked the symmetry of the dream of Mr. King and the fact that we had a bi-racial president sworn in on his holiday. So, maybe, just maybe that dream Mr. King can still come true. We’re a lot closer to it now than we were in his day but we still have a way to go in my opinion. Being judged on the content of ones character should apply to all races, right?

Today is release day for me for my latest book – it’s called Doctor, Lover, Baronet and is a traditional contemporary romance. I started it in 2009 and thought it would always be one of those “under the bed” books that would never see the light of day. I kept messing around with it and finally submitted it.  Who knows, I may find that that keeping it hidden away in the dark would’ve been better than letting it out into the wild. LOL!  Buy link 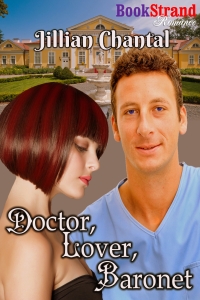 Donya Spencer, a busy art gallery manager in London, finds herself battling double vision and dizziness. She doesn’t have time to be ill and finds herself battling the national health care system for months. When she finally gets to see a specialist, she finds the man to be sexy, handsome, and very much her type. Knowing there can be no relationship due to medical ethics, she tries to resist his charming manner.

Colin Knight is the heir to a baronetcy whose father is pressuring him to marry and have children. This is an impossible task for Colin. He’s also a neurosurgeon who hasn’t opened his heart to love since the death of his young girlfriend many years ago. He works hard at the career he pursues relentlessly in an effort to somehow atone for the accident that killed his love. He meets Donya, and the comfortable bachelor life he’s made for himself is turned upside down.