Presidents, Prime Ministers and the Queen

I am 73 years old. I’ve seen everything. I’ve met the kings, the queens, the presidents, I’ve been around the world. I have one thing that I would like to do: to try to reach peace.
~~Ariel Sharon

I love sharing the blog with three Americans. I started about a year ago and remember learning about all the “Public Holidays” in the US, but it was such a whirlwind, it’s only this year that I think, “that’s right, they have something called Presidents’ Day”. So in honour of this special day, we’re blogging about it this week.

But I’m in Australia and there’s no President here… Yes, you guessed it, the Foxes and our Hound are just about the nicest bunch of people, so for me the theme this week is: “Have you ever met or seen a Prime Minister?”

Okay – the short answer is no. 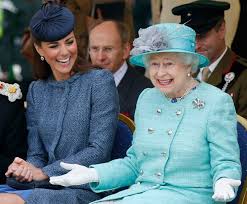 The thing is, though, technically, Queen Elizabeth II is head of State in Australia, represented by the Governor General. Problem solved – I did see the Queen Elizabeth as a young child in 1978 when she came to our town. Mum made a big effort to take me and my neighbour to see her and it’s something imprinted in my memory as a great moment – To see a Queen!

I did see her again, later on in life when I lived in London and went to the Royal Ascot races. I had grown up a little, though, and the „sighting“ had been one of the many I had in London. None-the-less, I can say, I’ve seen the Queen, and yes, it’s something I’m happy about, whether I like her or not! PS – and in a way I do 😉

Lemme know – have you ever met a “Head of State?”

Iris Blobel writes warm, sexy, and sometimes witty Australian Contemporary Romance books for readers who, like herself, still strongly believe in love and Happily Ever Afters. And she knows HEAs. Her couples are hungry for life, done with the past, passionate about family, and emotionally hopeful for a future. The stories are mainly set in Australia but also in New Zealand and even the US, depending on where her travels take her. She loves nothing more than for her readers to join her on her journeys.
View all posts by Iris B →
This entry was posted in authors, Books, childhood, Family, Life and tagged childhood, Head of State, Mainz, Premier, president, Prime Minister, Queen, Queen Elizabeth, Queen Elizabeth II. Bookmark the permalink.

22 Responses to Presidents, Prime Ministers and the Queen