It is my great pleasure to welcome a friend of mine and a long-time friend of The Hound’s, author Lynn Shurr.
Lynn is a prolific writer of romance novels, from the sweet to the saucy, stand-alones to series. 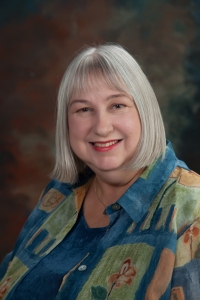 Welcome, Lynn! I can’t believe it took us so long to have you as a guest!
Great to be here with friends and readers.

You’ve moved around quite a bit, including living in my old stomping grounds, Northern Virginia. How do you think that all the exposure to different people and areas has influenced your writing?

I have to confess, I never lived in northern Virginia though my daughter does. I grew up in a small town in Pennsylvania, left that state when I was twenty-one, and traveled to North Carolina, Germany, California, and ended up in the Cajun Country of Louisiana. There is a saying that once you’ve tasted bayou water, you will remain here always. Guess I did. Louisiana is where I found my voice as a writer and most of my books take place here. I even have one romance entitled A Taste of Bayou Water. Frequently, my characters will arrive in LA from elsewhere and stay as in Mardi Gras Madness. Often, they come from PA or the west coast where I have lived. I even worked in some of my knowledge of Germany by using a German woman as a villainess in Son of a Sinner. A new book currently being considered by my editor, A Splashy Affair, takes place in PA and California mostly. To a writer, no experience is ever wasted.

You are a former librarian/library administrator and I know you, (like me), have a large library in your home. What types of books do you keep or collect?

I keep the classics and the many reference books I use for my writing. Generally, I pass along novels since I would be crowded out of my house otherwise. Once I had many cookbooks and gardening books, but since I rarely do either anymore, I’ve honed those collections down. I still have a surfeit of history books because both my husband and I share that interest.

What was your favorite and least favorite things about being a librarian/administrator?

I became a librarian for the classic reason. I loved books and people and wanted to unite patrons with good reads. Being a reference librarian was wonderful, answering all kinds of odd questions and tracking down books to loan from other libraries. However, being an administrator is more like running a business. You must do the budget, hire and fire, handle complaints and building maintenance, and worst of all deal with politicians who have no use for libraries and are always looking to get at their funding which is a very sad thing. Very recently, one of our local councilmen said no one needs libraries anymore because everyone has a computer now which only shows the height of his ignorance.

You and I have many things in common and one is that we very much like [American] football. Your longest series, the “Sinners” series, is all about football players and their lives. Besides being a fan, what gave you the idea or insight into that field? (Pun intended.)

The 2004 Super Bowl inspired me to start the Sinners series. My dad had just died. We were in North Carolina for the funeral, and the Panthers played the Patriots, almost winning. They shouldn’t have gone for two points at the end! Didn’t they hear me screaming not to go for two? I kept thinking how much my dad would have loved that game. I came home and started Goals for a Sinner about a fictional New Orleans football team. The Panthers had a Cajun quarterback at the time, and he inspired the character, Joe Dean Billodeaux, though Joe is a composite of many quarterbacks like Joe Namath and Tom Brady and Brett Favre. I’d written four previous books that I could not sell. This was the first to be published. Then, the publisher wanted more. I ended up with five Sinners books and two spinoffs for the A Sinner’s Legacy series.

Do you prefer to write series?

To be honest, series are more lucrative than single titles, but I do love doing them. You can hang onto your beloved characters longer and watch them grow and change from book to book. With a single title, you have to kiss your creations good-bye at the end, and that is hard to do. Some of my books weren’t intended to be series like The Roses, but I couldn’t let go. Now there are three, four if I ever get that last one published. My Mardi Gras books are a series where a pivotal moment takes place at Mardi Gras, but they can each be read as single titles, so an accidental series.

“A Trashy Affair” is one of your stand-alone novels that was inspired by an occurrence in your life…not in the racy way! How much research did you have to do into rubbish removal and recycling?

Yes, it is a provocative title. Some people love that title. Others hate it, but it is one of my best books. I did very little research. It just fell from the pen as it was based on my own garbage and recycling problems. Many of the incidents are grounded in truth, but have been fictionalized. I am also well aware of political chicanery from my years dealing with the Parish Council here. Even that agony came in handy.

How much research do you do for all of your stories? What is the hardest part?

It isn’t hard for me as a past reference librarian. I love to do the research, but it depends on the book. If I am out of my comfort zone (Louisiana and football), I may do several months of research before writing anything and continue to do more as I write. This was the case with Paradise for a Sinner which takes place in American Samoa. Research for Queen of the Mardi Gras Ball which took place in the 1920’s required much research and nine months to write as I didn’t assume anything but researched each part like Mardi Gras customs of the times, the Great Flood of 1927, and midwifery. Others like Trashy I can just start and do research as I go along as contemporaries are easier. On my football novels, I research each position on the team and gain a new appreciation for the players. My latest, She’s a Sinner, is about a female punter in the NFL. I now have much more respect to that position.

Do you write in any other genre or style?

I’m best known for my contemporary romances. Queen and the first half of Always Yellow Roses are historicals which take lots of time to produce. I’ve also developed, but not sold, a ten book Regency series as I love that time period. Wish I could do more historicals, but the contemporaries pay for my wanderlust.

I know you are also an artist. What other talents and interests do you have?

Outside of painting, I can’t say I have other talents. I do enjoy public speaking and am fairly good at it, something many fear. Football, history, and archaeology, as I’ve said—and I love to travel. Even if my travels don’t result in a book, I sometimes meet people who become characters in my novels, greatly fictionalized of course. I just finished a novel based in Maine, the result of a trip there two years ago. Sometimes, it takes a while to percolate into a book. Who knows what will result from my recent trip to Ireland. Honestly, I write to pay the travel expenses.

Is there anything else you’d like us to know?

I should plug my newest release, She’s a Sinner, which came out on September ninth about that first female punter in the NFL. It’s an often humorous book as the Sinners’ team adjusts to having a woman around. One of them falls in love with her, but doesn’t know quite how to handle the situation. Can two NFL players date each other? Nothing in the rule book against it for now.

How can our readers learn more about you and your work?
My website is http://www.lynnshurr.com
I participate in two blogs, my own at http://lynnshurr.blogspot.com/
and
http://www.romancingthejock.com,  where women who write sports romances hold forth.
I can also be reached at lynn.shurr@yahoo.com.
Anyone can friend on Facebook at Carla Lynn Shurr Hostetter. Lynn Shurr is my middle and maiden name. Hostetter was just too long and hard to put on a book cover. Feel free to send me a friend request

Tonette was a once-fledgling lyricists-bookkeeper, turned cook/baker/restaurateur and is now exploring different writing venues,(with a stage play recently completed). She has had poetry and nonfiction articles published in the last few years. Tonette has been married to her only serious boyfriend for more than thirty years and she is, as one person described her, family-oriented almost to a fault. Never mind how others have described her, she is,(shall we say), a sometime traditionalist of eclectic tastes.She has another blog : "Tonette Joyce:Food,Friends,Family" here at WordPress.She and guests share tips and recipes for easy entertaining and helps people to be ready for almost anything.
View all posts by Tonette Joyce →
This entry was posted in author interview, authors, Books, careers, free week, Friendship, Guest, Guest author, inspiration, Jeff Salter, Tonette Joyce, writing and tagged A Sinner's Legacy series, A Splashy Affair, A Taste of Bayou Water, A Trashy Affair, Always Yellow Roses, art, book series, Brett Favre, Cajun Country, Carla Lynn Shurr Hostetter, female NFL players, Football novels, Goals For a Sinner, Great Flood of 1927, historical romance novels, Joe Namath, libraries, Louisiana Parish councils, Lynn Shurr, Mardi Gras, Mardi Gras Madness, midwifery, NFL, painting, Paradise for a Sinner, public speaking, Queen of the Mardi Gras Ball, romance writer, She's a Sinner, Son of a Sinner, Superbowl, Tom Brady. Bookmark the permalink.