This week, one of the foxes asked a question about game shows: “What one would you be on and how would you do?”

It just so happens that on the odd occasion that I feel like watching television – which isn’t that often – I’ll gravitate toward game shows. It’s not that I don’t enjoy period dramas and the odd sitcom, but if I’m going to watch drama, I need to set aside a couple of hours to watch it from beginning to end, and that’s not always possible. Giving myself a half hour to challenge myself mentally seems to be less of an indulgence than taking two hours to watch a movie. As for other shows, my days are pretty full, and it seems my schedule for one week never seems to look like the next, so it’s difficult for me to catch a continuing storyline. With game shows, there’s no problem with time or continuity. 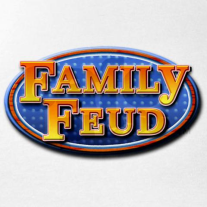 When I’m caught up with school work and don’t have a pressing writing deadline, sometimes I’ll pick up my most recent craft project and turn on the Game Show Network. I enjoy Family Feud, Cash Cab, and $100,00 Pyramid. Once in a while when hubby is awake, we’ll watch Match Game. Family Feud isn’t intellectually challenging, but it’s fun to hear the sometimes ridiculous answers that people come up with. My hubby laughs when I yell at the television, but then I remind him about how he yells during football games.

You might notice the game shows I watch don’t include those shows where there is any physical prowess, luck or strategy involved. I’m just not any good at those types of games. I’m also not one for shows in which you try to out-do others by insulting or browbeating. I’m not good at guessing prices, and I don’t want to dress up in a costume, so that eliminates a couple of my husband’s daytime favorites.

So that leaves game shows that deal with general knowledge. There are three that I would love a chance to participate in: Jeopardy, Wheel of Fortune, and Cash Cab. If I turn on the TV and one of those shows is on, I’ll go to that station. I’ll try to answer the questions before the contestants and figure out if I could have won big. Sometimes I’ll do really well; other times I have to admit I’d be out of the game almost as soon as it started.

I remember filling out an application to appear on Jeopardy once, but I never submitted it. I just have this nagging feeling I’ll have a senior moment at the wrong time and forget everything I know. If I’m in the Cash Cab and make three mistakes, I’ll be let off somewhere on the streets of New York City with no money and no idea where I am. If there’s one thing I hate, it’s being lost. So to answer the question of how I’d do, my guess is that I’d freeze up and remember the answers an hour or two later.

I guess I’ll just be an armchair contestant. Most of the games now have their own app, but my phone already gets plenty of use, and I often watch television to give my eyes a break from the computer and phone screen, so I probably won’t be downloading those any time soon. I’ll just dream of winning those big cash awards and soaking up the sun in my Tuscan villa.

What game shows would you want to appear on?

During her first career, Patricia Kiyono taught elementary music, computer classes, elementary classrooms, and junior high social studies. She now teaches music education at the university level. She lives in southwest Michigan with her husband, not far from her five children, nine grandchildren (so far), and great-granddaughters. Current interests, aside from writing, include sewing, crocheting, scrapbooking, and music. A love of travel and an interest in faraway people inspires her to create stories about different cultures. Check out her sweet historical contemporary romances at her Amazon author page: http://www.amazon.com/Patricia-Kiyono/e/B0067PSM5C/
View all posts by Patricia Kiyono →
This entry was posted in big plans, Fantasy vs Reality, Patricia Kiyono, using talents and tagged $100K Pyramid, Cash Cab, Family Feud, game shows, Jeopardy, Match Game, Wheel of Fortune. Bookmark the permalink.