Two weeks ago I described four books I’ve read lately. One of them was the second in the City Meets Country series by Mysti Parker and MJ Post. I asked Mysti and MJ if they’d mind sharing with us how they manage to work together even though they live several states apart, and they responded by interviewing each other! I’ve read the first two in this series and have preordered the third. The books are spicier than the ones we write, but the plots are well constructed and entertaining. Please welcome Mysti and MJ! 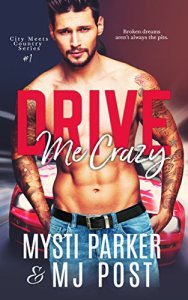 MJ: Wowz! It’s so great we’re having a chance to chat about working together, Mysti! Usually, we just talk about the work itself! I have to say, when I started out years ago deciding to transition into a career as a romance writer and decided to ask you to teach me more about it, I never thought you’d agree! I remember you said you were very surprised it was coming from me. I didn’t seem like the romantic type, I guess!

You came up with the initial plan, which would have us writing alternate chapters with a character apiece. Do you remember why you went with that strategy? 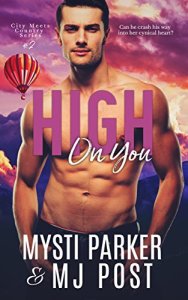 Mysti: Miracles do happen MJ! You’ve done quite well, padawan. It’s been fun seeing more of the romantic in you emerge. Let’s see….writing alternate chapters….to me it had to do with character voice. I’ve written alternating viewpoints myself for a long time, but you have to be vigilant about differentiating each character’s voice as far as their inner thoughts, perceptions, prejudices, gestures, dialogue, etc. With two authors, it’s much easier to maintain that differentiation. Plus, when we began the city/country series, it was only natural for you to take on the city folks (since you’re in NYC) while I wrote the country folks’ view (from my old KY home).

I also had the notion of getting you accustomed to writing both male and female POV and love scenes. I’d say you’ve improved a lot with those, but you tell me. What do you think you’ve improved on the most, and what do you still struggle with in romance? 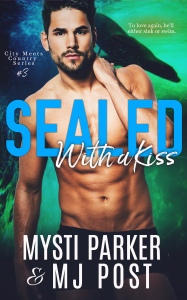 MJ: I’ve improved most, I guess, in feeling like it’s a natural format for me. When we started, I needed a handle on the whole thing, like — what sort of details should I include? What kind of plot should I design? What are the expectations of the fans of the genre? And while I still have a lot to learn in those categories, I can feel my mind starting to think in terms of romance fiction more. What do I need to improve in? I think the hardest part is writing about sex. In The Joy of Writing Sex, author Elizabeth Benedict explains that writing about sex requires accessing your own sexual feelings and to some degree revealing them, but that some authors feel like it’s, using my words, selfish or self-indulgent to do that. That has been an obstacle for me from the beginning, but I think I will eventually find my way. I have some steamy stuff coming up in my debut romance novel this spring, so, we’ll see if I can rise to the challenge (my hero does). Moving from what I’m working on to what you are undoubtedly good at — can you talk about how you use humor in your fiction? I’ve never read a chapter of any of your contemporary romance without some smiles and some laughs. 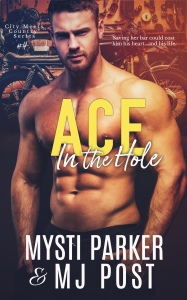 Mysti: Ooo, you may have stumped me on that one. It’s kind of like asking me how I breathe. I just do, LOL Honestly, though, I have a pretty good sense of humor and love to laugh. Life is so serious and difficult. Writing comedy is like a breath of fresh air. I tend to write a lot of quirky characters like Mrs. Roche and Jerry in The Roche Hotel. Those side characters are often great catalysts for comedy. The main characters need to lighten up now and then, and the supporting characters help a lot with that by putting the main characters in some unlikely and ridiculous situations that require them to use their noggins (like Jane in The Roche Hotel helping catch “Precious” the boa constrictor) – with hilarious results of course.

I’ve noticed and appreciated your inclusion of various races and cultures in your writing and our collaborative works, as with Gabriel’s Cuban heritage in Sealed With a Kiss. Do you ever find that challenging, as in wondering if you’re portraying them accurately?

MJ: I should note, of course, that most people don’t know what MJ’s ethnicity is! But it’s true, I’m a multicultural writer to the degree that I can do so and be respectful. I rely upon observation, do some research, and count on the fact that people are people and that some things about an individual aren’t culturally determined. In the case of Gabriel, I grew up around Cuban-Americans (and I speak some Spanish), so even though I don’t have a similar background, I feel like I can provide some authentic culture while writing about people whose hearts beat similarly to mine. The hardest character I wrote in this series was actually not a character from a culture different than my own. It was Sailor, from Ace in the Hole, because she grew up rich but unloved and she’s an orphan, and none of those are true for me.

I asked you before privately, but I want to ask in this forum too — how did you get so GOOD at fiction writing? In my case, I was a voracious reader as a kid, and then I went on to survive graduate studies in creative writing (yuk!). You seem to have emerged into immediate greatness like Athena bursting out of the head of Zeus — is that what happened?

Mysti: Nah, I jumped out of Aesop’s head. It was a mess. Be glad you didn’t have to clean it up. LOL, I’m glad you think I’m good, but actually, I have a theory about the “greatness”. I read a lot of fiction from the time I was 3 years old until college, where I studied biology. I’ve taken a few writing courses online over the years, but I didn’t go to school for writing or literature. It’s my theory that sometimes one can emerge a better artist/writer/etc by NOT pursuing a formal education in it. (Think Jimi Hendrix or Prince) That’s not to say it applies to everyone, but I doubt I’d be writing as much or as well as I do had I gone that route. I never had anyone telling me how it should or should not be done except for the many peers I’ve shared critiques with over the years. I think it might have just sucked the joy right out of it for me. I rarely enjoyed the fiction books we were required to read in high school – the classics I read on my own I still remember and love much more.

Speaking of classics, what are some of your favorite classic love stories? I’m quite partial to Jane Eyre, myself. Big inspiration for my love of romance.

MJ: Just note — I didn’t say creative writing grad school was good for me — actually, it transformed me into a rather dark, dispirited individual for a couple of years. When I finished up there, I couldn’t write anything of my own for nearly a year and was writing fanfiction just to keep my hand in. And here’s the rub:  at the end of my education, my writing style was remarkably similar to the style I had in high school. Seriously!

My all time favorite classic love story is, of course, Pride and Prejudice. I never get tired of reading it, and I even teach it once in a while. Favorite bit:  Elizabeth refuses the demand of Lady Catherine de Bourgh that she promise not to get engaged to Mr. Darcy — sending a message indirectly to Darcy that he has a chance with her again. In high school, I was partial to Wuthering Heights, too, but that’s probably because I didn’t get it. I thought Heathcliff was the hero, silly me! I do like Jane Eyre, of course. But let’s keep in mind that there are great MOVIE love stories, and those can influence someone a lot, too. I’ll name a few that I can watch over and over. The Princess Bride, of course, heads my  list, because of the humor mostly, and right behind it is a lesser-known Amy Irving vehicle called Crossing Delancey, which has a real 80’s New York flavor. Strangely enough, I also tear up whenever I see — of all things — The American President. (Why? I haven’t a clue.) And if you can get hold of it, watch the tear-jerking British 80s film Educating Rita. It’s a full tissue box for me just THINKING about that one.

Mysti: Oh, Princess Bride is definitely a favorite. Two movies I can watch (and have watched) over and over are Ever After (a Cinderella retelling set in 16th century France) and Coming to America (Eddie Murphy & Arsenio Hall were brilliant!). If I want to waste a box of tissues, I watch any Nicholas Sparks movie. And for the ultimate heart-tugging goosebumps, I watch the recent musical version of Beauty and the Beast.

Let’s wrap it up with some City Meets Country questions. Who of all the guys (Luciano, Jaxon, Gabriel & Ace) do you think will make the best book boyfriend for our readers?

MJ: Great question! I think Luciano is my favorite of the four because I enjoy the Brooklyn Italian kind of Bay Ridge culture he comes from. But that’s really about which of them was the most fun to write about. As for what you actually asked, the trick is — it depends upon what kind of boyfriend the readers are looking for. All of our guys are hotties with handsome faces and great arms, abs, and (gasp!) buns. All of them are rugged and athletic and outdoorsy. Luciano is funny, ballsy, and creative; Jaxon is a pilot (and what’s sexier than that) with a sensitive, poetic soul; Gabriel is thoughtful and educated and has a real knack for animals and good eating; and Ace is a first responder, a shrewd judge of people, and a badass martial artist. So readers, what kind of man are you looking for? Luckily for you, you can read about them all!

Hey, Mysti, it’s been fun doing this. I started us off, so you get the last word. My own last word is — like it usually is —  Excelsior!!

Mysti: Awesome. I don’t think you can go wrong with any of our guys.

Readers, here’s where you can stalk us – the polite kind of stalking, of course, not the creeper kind: 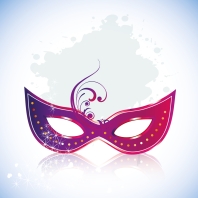 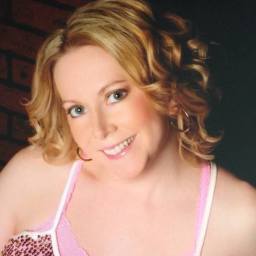 During her first career, Patricia Kiyono taught elementary music, computer classes, elementary classrooms, and junior high social studies. She now teaches music education at the university level. She lives in southwest Michigan with her husband, not far from her five children, nine grandchildren (so far), and great-granddaughters. Current interests, aside from writing, include sewing, crocheting, scrapbooking, and music. A love of travel and an interest in faraway people inspires her to create stories about different cultures. Check out her sweet historical contemporary romances at her Amazon author page: http://www.amazon.com/Patricia-Kiyono/e/B0067PSM5C/
View all posts by Patricia Kiyono →
This entry was posted in author interview, authors, Guest author, Guest author post, Patricia Kiyono and tagged City Meets Country Series, M. J. Post, Mysti Parker, Writing partners. Bookmark the permalink.