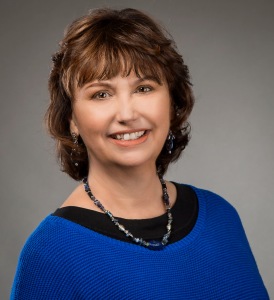 After reading A Leap Into Love by Alina K. Field, I noticed that she had a regency series. Since I love series romance, especially when they’re centered on families, I asked her to come and share with us about her books, and she kindly agreed. So without further ado, here’s Alina!

I’m thrilled to join the Four Foxes, One Hound as a guest today!

Patricia and I know each other through another author group, and a few weeks ago she very kindly reviewed my Leap Day romance, A Leap Into Love. Like almost everything I’ve published, A Leap Into Love is historical romance set in the Regency/late Georgian period.

I do have several unpublished contemporary stories that I hope to pull out from under the bed someday if I ever move into the twenty-first century. But every time I think about the task of updating my characters’ gadgets, cars, and ways of communicating, I slide them back under the bed and go back to my comfortable Regency world. Hey, if I live long enough, those stories will be historical fiction also!

In April I released The Counterfeit Lady, Book Four in my Sons of the Spy Lord series. Patty recently asked me how I came up with the idea for this series and whether it’s based on a real person or people.

It all starts with being a history nerd (I like reading memoirs and diaries) and fan of stories with not just romance, but also adventure. I loved the Richard Sharpe and Horatio Hornblower stories, as well as Joanna Bourne’s excellent spy series.

A few years ago I was researching spying during the Napoleonic Wars and I came across a Mr. Wickham, not the Wickham of Pride and Prejudice fame, but William Wickham, a British spymaster in Europe during the French Revolution, and Chief Secretary in Ireland during the Robert Emmet era.

And thus, the Earl of Shaldon, the Spy Lord of my series was conceived! Of course, Shaldon is totally fictitious—his story and the details of his life are completely different than Wickham’s. Also, the series is set in 1819-1821 England, after the wars have ended. The Spy Lord has come home to England to reconnect with the children he barely knows, to maneuver each of them into marriage with the spouse of his choosing, and to settle old scores with old enemies. 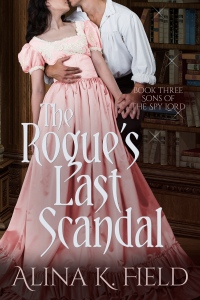 The first child to be dealt with in The Bastard’s Iberian Bride, was the earl’s illegitimate son, who happened to be a veteran of the Peninsular War and valet to the hero of my short Regency romance, Bella’s Band. Book Two, The Viscount’s Seduction, includes an Irish heroine for the earl’s heir; and Book Three, The Rogue’s Last Scandal, a heroine whose father is a missing English privateer for the wild youngest son.

I took liberties with the series title and in Book Four, The Counterfeit Lady, tells the story of the Spy Lord’s daughter, who clashes with ruthless free-traders and a mysterious American artist. And since my widowed Spy Lord has run out of children, I wrote a romantic adventure for him. That book is with the editor now for an autumn release.

I hope to go backward in time to the 1790s for at least one story, and my muse is, well, musing about a series set in the early Victorian era.

This week two of my Regency stories will be free on Amazon. 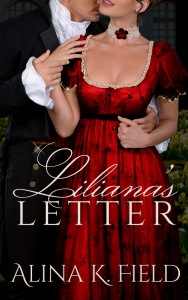 From May 21-25, Liliana’s Letter, a National Readers’ Choice award finalist: this novella-length romance is about a spinster chaperone who helps the young lady in her charge dodge a match with an unsavory earl and find the perfect mate, meanwhile getting her own chance at a happily ever after. 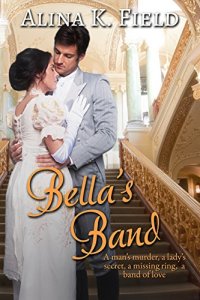 From May 25-May 28, Bella’s Band, a RONE award finalist: this short Regency is a sequel to Liliana’s Letter, and tells the story of a reluctant new earl who clashes with the independent lady who may have the secret to his brother’s killer.

Award winning author Alina K. Field earned a Bachelor of Arts Degree in English and German literature, but her true passion is the much happier world of romance fiction. Though her roots are in the Midwestern U.S., after six very, very, very cold years in Chicago, she moved to Southern California and hasn’t looked back. She shares a midcentury home with her husband, her spunky, blonde, rescued terrier, and the blue-eyed cat who conned his way in for dinner one day and decided the food was too good to leave.

During her first career, Patricia Kiyono taught elementary music, computer classes, elementary classrooms, and junior high social studies. She now teaches music education at the university level. She lives in southwest Michigan with her husband, not far from her five children, nine grandchildren (so far), and great-granddaughters. Current interests, aside from writing, include sewing, crocheting, scrapbooking, and music. A love of travel and an interest in faraway people inspires her to create stories about different cultures. Check out her sweet historical contemporary romances at her Amazon author page: http://www.amazon.com/Patricia-Kiyono/e/B0067PSM5C/
View all posts by Patricia Kiyono →
This entry was posted in Guest author, Guest author post, Patricia Kiyono and tagged A Leap Into Love, Alina K. Field, Bella's Band, Counterfeit Lady, historical romance, Liliana's Letter, Regency Romances, Sons of the Spy Lord Series, The Bastard's Iberian Bride, The Rogue's Last Scandal, The Viscount's Seduction. Bookmark the permalink.