Double Down Trouble, my 16th fiction title, was released in mid-June. At about 46,000 words, it should nicely occupy a lazy afternoon in what’s left of the summer.
This story was was conceived as a sort of companion novel to the novella, One Simple Favor — also released through Dingbat Publishing — a few years ago. They don’t share the same characters but they are sort of “bookends” to each other. Where 1SF features a skittish female and a gung-ho male, DDT features a gung-ho female and a skittish male. Both were a lot of fun to write and I believe each will be enjoyable for readers to experience. 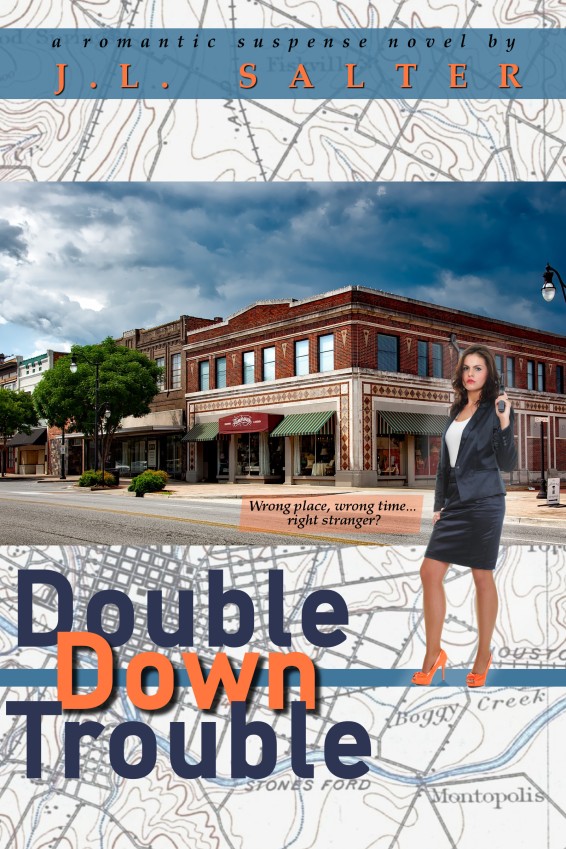 Julia Temple, the inexperienced, newly elected lieutenant governor of Tennessee, attends a private theater performance at a friend’s request. Partway through, chaos explodes as two busloads of dangerous convicts escape and terrorize the town. Somehow they have weapons and explosives, but do they know such a high-profile hostage is there for the taking? Is there a hidden hand behind their rampage?
Julia needs help. But she can’t find her security detail and the only man still standing is someone she’s never really met before… even though he seems to know her and remember her vividly.

10 Responses to Double Down Trouble