It’s Christmas Eve! I have so much to celebrate this year. I have my amazing family. One side of our family gathered at our home on Saturday, and the other side will celebrate the holidays at the end of this week at my brother’s home. Our family continues to grow, and the quiet holidays of my childhood seem to be a thing of the past. I have my health, and a comfortable place to live. I have an income, supplied by doing things I love to do. And I have a wide net of friends, both face-to-face and online. I’d say I have nothing to complain about.

Despite my busy school schedule and family obligations, I had two new releases this month, and I am including them in my reading list for 2018, thus fulfilling my pledge to read 50 books this year. Here are my December reads: 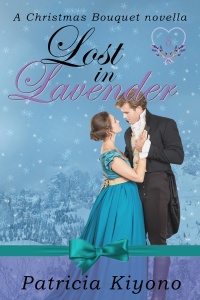 Lost in Lavender is a sweet regency romance. I wrote this in response to a callout from Dingbat Publishing for stories revolving around the opening of a Winter Garden in Highgate in 1816. Each story had to involve flowers in some way, so I decided my main characters would be the landscape gardener who designs the Winter Garden, and a milliner who creates lovely hats by decorating them with handmade silk flowers. James Benton is the second son of an earl, but chooses to pursue a career rather than enjoy the life of the wealthy nobility. Selina Davison was once a countess, but as a childless widow she’s forced to provide for herself. I enjoyed writing this story, and hope you’ll enjoy reading it! 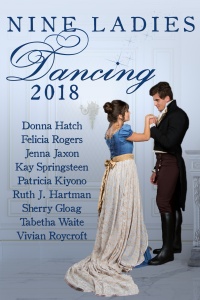 Nine Ladies Dancing is an anthology of nine historical romances. My contribution to this collection is Love’s Refrain. This is set in London in 1813 and includes a scene with Phillip Peartree, my hero from The Partridge and the Peartree. Laura Montgomery had her London season ten years ago, when she fell in love with Andrew Bradford. But Andrew married her best friend, and Laura never met another man who measured up. Now, Laura must chaperone her step-sister during her season, and Andrew, now the Earl of Covington, is a widower. Andrew’s mother has decided Laura’s sister Juliet would be the perfect wife, and Laura braces herself for another heartbreak.

The Respectable Charades by Sherry Gloag is another story in this anthology. This is a newly written story about a woman wrongly accused and a family bent on making her pay. Jenny’s fiancé and best friend Ned has committed suicide. His family is convinced it’s her fault. Why would he kill himself unless she broke his heart? Her family is embarrassed and is ready to throw her out. But Richard Fitzgerald, Ned’s brother, provides another solution. He marries her and then banishes her to his neglected estate. He doesn’t realize the depth of Jenny’s strength and resourcefulness. 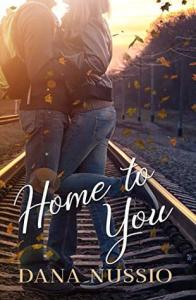 Home to You by Dana Nussio
Dana is a former member of my Romance Writers of America (RWA) chapter. She’s made a name as an inspirational romance author, and is gradually branching out into more mainstream romance. This is one of Dana’s more recent releases. Lily Monroe has left her family, her hometown, and her boyfriend for an acting career. Six years later, she’s still struggling to get acting parts, and CJ is now a successful chef. After her mother dies, she promises the rest of her family a home-cooked meal… but she can’t cook. She asks CJ to help her, and amazingly he’s agreed. Sparks fly again, and she has to decide whether the career is really what she wants. 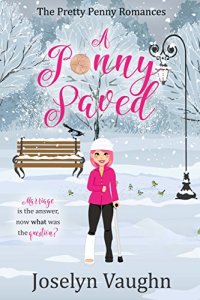 A Penny Saved by Joselyn Vaughn
This is a lovely “seasoned romance” written by our Former Fox. Penny Pounds has spent her life taking care of others – her mother, her widowed brother, and his young son. Now, she needs to worry about herself, and when she starts forgetting things she worries she might suffer from the dementia that plagued her mother. She decides she needs a husband to help take care of her. Who will she choose? And how will she get him to agree? Ken Hayward is her brother’s friend, and he’s been hired to engineer a plan to stem the annual flooding problem in Pine Bottom, and the irritating man has rented her upstairs apartment. For some reason, he always sees her at her worst – from getting stuck in the snow, falling on the ice, and forgetting her phone when she needs it. She tells herself he doesn’t need to see her at her best, because he’s definitely not the husband she needs… or is he? 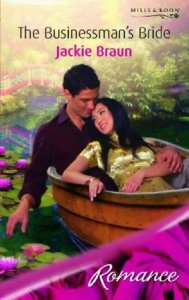 The Businessman’s Bride by Jackie Braun
Jackie is a member of my local Romance Writers of America chapter, and I purchased this paperback at a recent author event that we both attended. The blurb for this particular title intrigued me because the heroine is half-Japanese, like my children. But Anne has never had a connection with her Japanese heritage because she was adopted by a Caucasian family in America. When she discovers that her Japanese birth mother has been searching for and wants to meet her, Anne’s life is turned upside down. She recruits Rick, a long-time family friend, for help in verifying the woman’s claims. I enjoyed Jackie’s description of Japanese customs and foods, except for one small error – omochi is a chewy rice cake, not an egg custard. But all in all, this was a lovely romance with a satisfying ending. 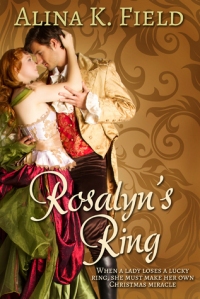 Rosalyn’s Ring by Alina K. Field
Alina is an active member of an author support group I belong to, and when she announced the release of her new holiday romance, I immediately downloaded it, because I’ve enjoyed a few of her other historicals. Rosalyn Montagu is the last survivor of the House of Montagu. She has two goals: one is to save the “cousin” of her maid from being sold as chattel, and the other is to retrieve a ring taken from her father. She gets unexpected help from someone she’d rather not acknowledge. Lord Cathmore, the man who now owns the estate where she grew up. If only Lord Cathmore wasn’t so handsome and virile and unexpectedly kind, perhaps she could hate him the way she wants to. 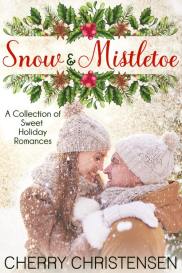 Snow and Mistletoe Box Set by Cherry Christensen
Cherry is a local author who also writes for Eskape Press. This is a collection of Cherry’s first three novels: The Fearful Heart, Secret Angel, and Secret Valentine. I’ve read and reviewed all three, so I figure I’m entitled to include this anthology in my 2018 list! All three are sweet romances set in Michigan, and feature locations familiar to me. They deal with young people facing consequences for the decisions they make. They make for nice, light reading. The box set has been doing well, reaching #1 in inspirational romance! 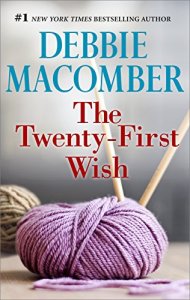 The Twenty-first Wish by Debbie Macomber
Debbie Macomber is one of the authors who first turned me into a fan of romance. This paperback book has been on my bookshelf for several years, and when my eyes started to get sore from computer work I took it out and began to read. This story is part of Debbie’s Blossom Street series, in which many of the women of the town meet and befriend each other in Lydia Goetz’s yarn shop. This particular story is about Anne Marie Roche, proprietor of the book store on Blossom Street. Anne Marie and her adopted daughter Ellen move to a new home, and while they’re adjusting to that, she needs to decide whether she’d be happier with the older and safe Mel, or the handsome Tim – who just happens to be Ellen’s biological father. 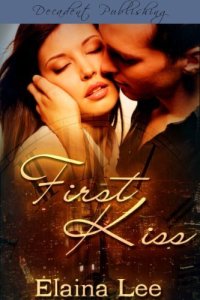 First Kiss by Elaina Lee
Michelle Seaborne clearly remembers her first kiss, and when the person who gave it to her suddenly reappears in her life he doesn’t even recognize her, let alone recall their first meeting. Now, she’s moved out of the suburbs and into the big city, where she mixes the sound tracks for a large recording studio, and Alexander is a well-known musician attempting a career change from popular music to classical. He’s ready to record a new album, and she’s been assigned to make sure it’s a success. She tries to remain professional as they work together to create his new album, but Alexander Trent has other ideas. There are lots of steamy sections, but overall this is a great story.

I’ve already begun reading my first two books for 2019. I’ve decided I need to continue to read the “real” paper books on my bookshelf, so I’m reading one on my computer and one in my recliner. I’ll tell you about them next month! In the meantime, I hope you and your family have a wonderful and blessed holiday. 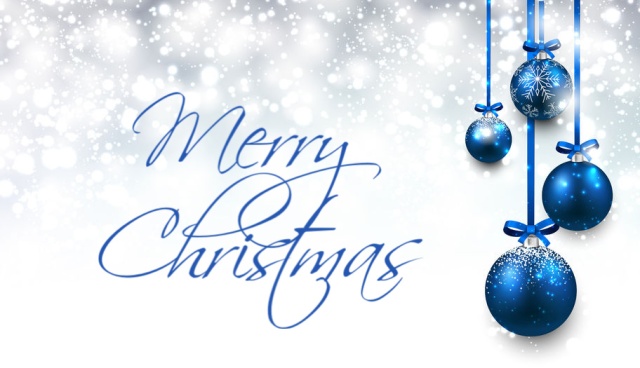