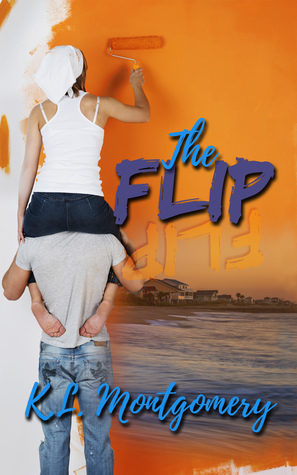 Andrew and Sonnet hated each other in high school. Always rivals for the best grades and top academic honors, there was no love lost between these two nerds after graduation.

Ten years later, they’ve both been named heirs to property in Bethany Beach, Delaware, after the passing of its owner, Penelope Vaughn. Ms. Vaughn was Andrew’s Great Aunt and Sonnet’s beloved next door neighbor growing up.

The quaint beach cottage needs serious work before going on the market. Andrew and Sonnet are both willing to bury the hatchet in exchange for drills and saws, especially since they stand to make a pretty penny with the beachfront property, which will finance Drew’s dream of opening a business and Sonnet’s plan to earn her doctorate in astrophysics.

But when they face a multitude of home improvement obstacles, will these two former adversaries be able to pull off a successful flip? Or did Great Aunt Penny have something else in mind with her bequest?

The Flip is a smart, well-written, romantic comedy. A great deal of the humor in the book comes from the differences between the two main characters. Sonnet is determined and focused. Andrew not so much. Add to the mix that they were enemies during this childhood and high school days, and you have the recipe for potential fireworks. I found myself rooting for them and hoping they’d find their way which they did. I thought the supporting cast was also very well done, especially the neighbor who never could get their names right. The ending was intriguing to me. It ended the way it had to, but it was something of a surprise for me in a good way. I’d give it 4 out of 5 stars.

Elaine Cantrell was born and raised in South Carolina. She has a Master’s Degree in Personnel Services from Clemson University and is a member of Alpha Delta Kappa, an international honorary sorority for women educators. She is also a member of Romance Writers of America. Her first novel A New Leaf was the 2003 winner of the Timeless Love Contest and was published in 2004 by Oak Tree Press. When she isn't writing you can find Elaine playing with her dog or maybe collecting more vintage Christmas ornaments
View all posts by Elaine Cantrell →
This entry was posted in book review, Elaine Cantrell, Miscellaneous. Bookmark the permalink.

3 Responses to Review: The Flip