Did You Fall Down the Stairs?

What was that noise?
And why won’t you answer?

[Note: One of many “frights” I’ve experienced in my eventful life. I posted this on Facebook in 2017, when it originally occurred. But, believe it or not — it’s also happened since that time.]

When we were building this house, the contractor wanted to have all 16 steps in one “flight” (in order to save some upstairs space). I was all for saving space, but I also remembered my mother-in-law (twice) tumbling down HER lengthy flight of stairs (before they moved to the condo). So I told the contractor to make the stairs in two runs with a landing in the middle.
He wasn’t able to work it out with 8 steps, landing, and 8 more steps… but he figured out a way to have 6 steps, landing, and the final 10 steps.
All that was simply to help prevent one of us from killing ourselves on the stairs.
[I’d never owned a house with stairs and only lived for one year in a house with stairs. I stumble around a lot in the dark, you see.] 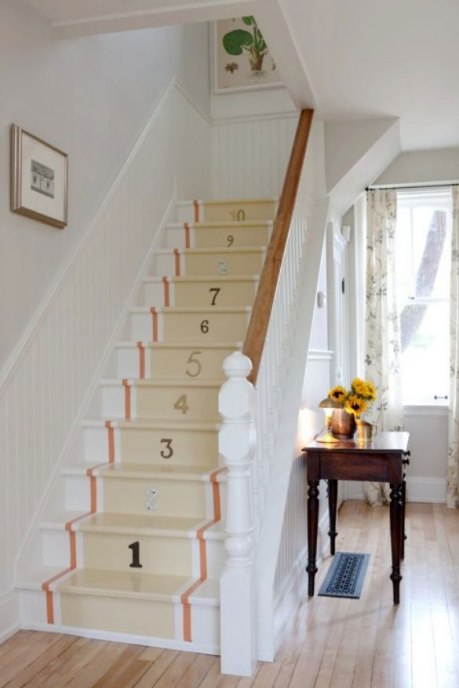 No, these are not our stairs, but we also have 10 in the second run… as you see here.

Question:
Have you ever heard a noise in your house… and were convinced someone had just experiences a terrible accident?

19 Responses to Did You Fall Down the Stairs?